Why large forest fires may not be a big threat to some endangered animals, January 29, 2019, ScienceDaily. Source: Oxford University Press USA

Spurred by climate change, megafires in western North America are becoming more frequent, causing speculation that endangered species will have an even more difficult surviving.

The Great Gray Owl, endangered in California, is a resident of Yosemite National Park and Stanislaus National Forest, which are areas that were badly burnt in the 2013 Rim Fire, experiencing a 104,000 acre burn.

In surveys covering a 3-year period following the fire, it was found that, rather than decreasing in number, the Grey Owls have adjusted to the terrain well, using large trees that were killed for nesting, and finding plentiful food in the rodent populations that have increased, due to more meadow area. Read the rest of the article here. 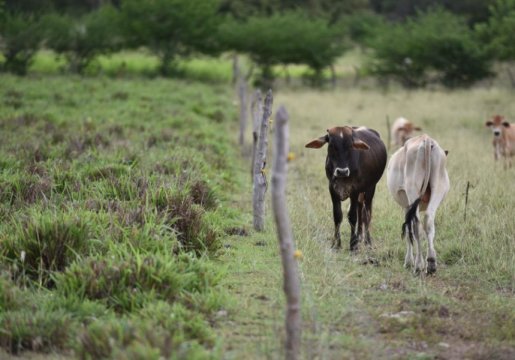 The exceptional climate-altering capabilities of cattle are mainly due to methane, which they blast into the atmosphere during their daily digestive routine. Cattle urine is a lesser-known climate offender. It produces nitrous oxide (N2O), which has warming power far greater than that of carbon dioxide (CO2), the main driver of global warming. A new study shows that these N2O emissions can be significantly curbed by healthy cattle pastures.

In the majority of test sites, degraded pastures emitted significantly more N2O — sometimes up to three times as much, than restored pasture.

Teenagers Emerge as a Force in Climate Protests Across Europe, By Milan Schreuer, Elian Peltier and Christopher F. Schuetze, for the NYTimes, Jan. 31, 2019

Tens of thousand of children skipped school in Belgium on Thursday to join demonstrations for action against climate change, part of a broader environmental protest movement across Europe that has gathered force over the past several weeks.

In Germany, France, Sweden, Switzerland and elsewhere, activists have come together on social media to gather in large numbers and without much apparent preparation, the protests taking a different shape in each country.

In Germany, students have protested on Fridays, communicating mainly through the messaging app WhatsApp; in Belgium, they organize on Facebook and have skipped school by the thousands on four consecutive Thursdays.

Last Sunday, climate protests in Brussels swelled to an estimated 100,000 people of all ages. That same day, an estimated 80,000 took part in cities across France — more than turned out for the “Yellow Vest” protests the day before.

The climate movement has no obvious leaders or structure, but young people feel that most older people do not feel the urgency that the young do about global warming, and want their governments to take action while there is still time. For the rest of this article, click here.

Global Warming Concerns Rise Among Americans in New Poll, by John Schwartz, for the NYTimes, Jan. 22, 2019

Some 73 percent of Americans polled online late last year by the Yale Program on Climate Change Communication, said that global warming was happening, the report found, a jump of 10 percentage points from 2015 and three points since last March. This suggests that climate change has moved out of the realm of the hypothetical for a wide majority of Americans.

Americans’ growing understanding of global warming is part of a long-term trend, which is attributed to the recent increase of extreme weather events with plausible connections to a warming planet, and to the publicity that surrounded two major scientific reports on climate change last year. For more on this, click here. 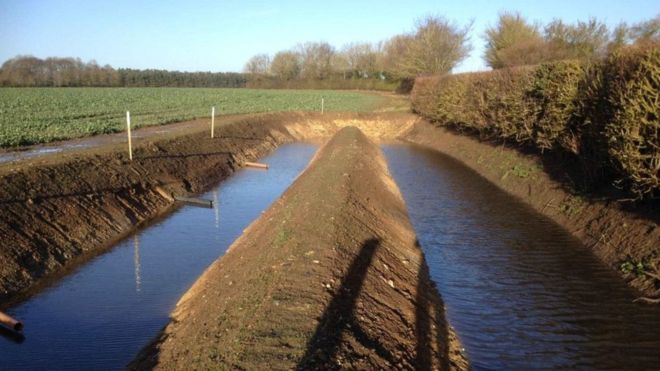 The amount of harmful sludge entering rivers from farmers’ fields can be more than halved with special ditches, a new study by The Rivers Trust found. Its research showed only 14% of UK rivers are currently in a healthy state.

That health can be damaged by sediment containing fertilizer chemicals which can harm water quality and fish.

The study by the University of East Anglia (UEA) and the Wensum Alliance used traps (pictured) near the Blackwater – a tributary which flows into the River Wensum at Lenwade, which in turn flows through Norwich. They then tested the water downriver and found a 58% reduction in sediment year on year.

Traps were also placed near roads, which can also add pollution to waterways. For more on this, click here.

The salient points to me were, “Scientists from University College London, U.K. estimate that 60 million people were living across the Americas at the end of the 15th Century, and that this was reduced to just five or six million within a hundred years, eliminated by introduced disease (smallpox, measles, etc), warfare, slavery and societal collapse. Vast swaths of agricultural land was then reclaimed by fast-growing trees and other vegetation. This pulled down enough carbon dioxide (CO₂) from the atmosphere to eventually chill the planet.”

Read the article at this link.